This was the week of the triplet: We have overcome the month, spent the a thousand kilometers and reached Monaco and Italy. But let’s start telling what happened last week, because we did not have time to tell before.

As we told you in the post for Marseille, we had some problems with the rear axle of the bike of Max and the luck of which Fabien accommodated us , a cyclist who was returning from his last trip.

We left Marseille direction to Casis, one of the places who recommended Flo (colleage of Max, thank you!). From there we leave the comfortable coast to start up the suffered (albeit satisfactory) mountain.

We passed several villages between the mountain passes until we reached a place that could not pass, the Paul Ricard circuit! 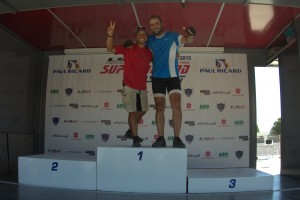 After staying there a while and enjoy a couple of supermotard races and gran turismo (beer in our hands), we continued the path up to Grimaud, where we uploaded the previous post, and we could not publish it before. We then proceeded back to the harbor and the coastal path, and continue towards Cannes, passing through St-Raphael and other coastal villages we liked a lot.

We arrived at Cannes quite tired, the mountain roads were hard. Luckily near there (Valbonne) were waiting Elise and Jean Benoit, a charming couple with two children who welcomed us through Warmshowers page, and from here we thank you for this fantastic weekend. 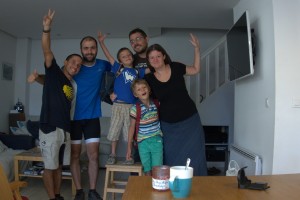 That weekend in Cannes helped us to relax, fix and improve different aspects of the bikes, and always receive emotional visit of the family (this time with Max’s family and  Manel’s mother). 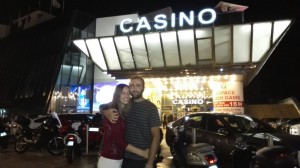 We continue the route via Nice, where we reached one thousand kilometers! Shortly after we arrived in Monaco, our third country on the route. It is a small country, and had in one day, but not enjoy it less. Monaco and we visited the legendary circuit path bt bikes. At the port we met the crew members of two Spanish frigates: The Hispania and the Giraldilla, a hug to their captains Marcos and Pepo and their comrades! 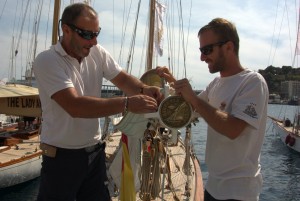 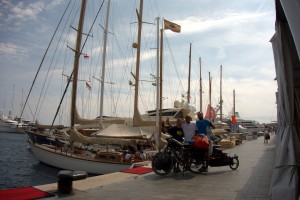 Monaco left the same day to get a place to sleep outside.The next day we came to Italy !, happened on 9 September, just a month after starting this adventure. 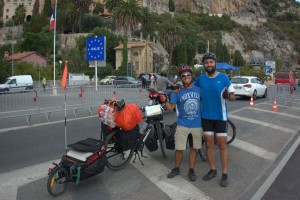 These days in Italy have been pedaling hard to get to Genova arrive on Friday, as they have come to visit the family of Manel and Max’s girlfriend to which we thank for coming to see us and make us spend a fantastic weekend. Luckily much of this last stage was flat and we could get a good rhythm. It should be mentioned that since Ventimiglia to San Remo went for what was previously a railway line and became a very accomplished cyclists path. 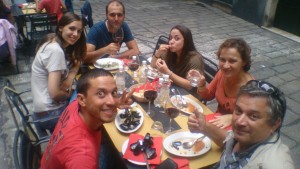 Thank you all from Genova! And we hope you had a happy day of Catalonia National Day 🙂

Share on: FacebookTwitterGoogle+
← The connection of the universe
Slowly but doing things well →

1 comment on “First month and reached a thousand kilometers”